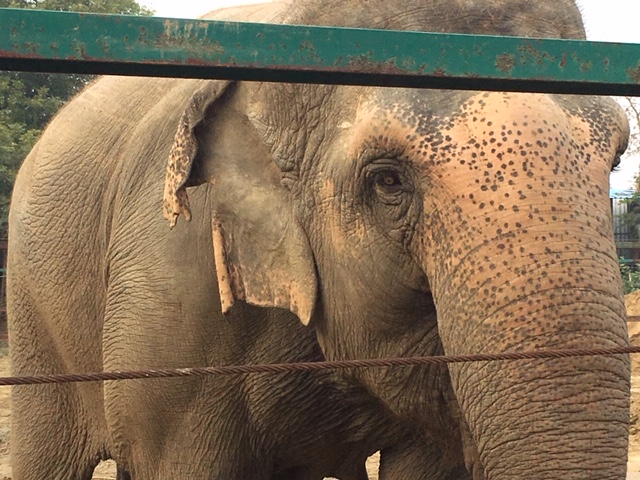 Travel, to me, is about learning and sharing. Karma yoga (selfless service) has been integral to my trips over the last ten years. The yamas and niyamas also surface when I travel. No cruises or resorts. I enjoy homestays and support ethical tourism. Likewise, when I shop, I prefer to buy from artisans or non-profits. On my last trip, I sought out examples of ahimsa in India.

Among my greatest memories were visiting non-profits displaying ahimsa in India. I learned firsthand about societal needs. Plus, I witnessed the operations and enterprises of those dedicated to making a difference.

Canada’s PM has always been one of my favorite politicians. He can rock some very challenging asanas. More importantly, married to a yoga instructor, he reflects yogic principles, such as ahimsa. Do no harm to any living being.

Wildlife SOS in Mathura is a great example of ahimsa in India. Himsa (violence), unfortunately, has been common in India for centuries, when it comes to some animals. The essence of ahimsa isn’t reserved for humans. So hearing and seeing the vestiges of the animal abuse was disheartening. Hopefully, people will recognize how animals are tortured in the name of tourism, religion, or traditions, and help put the A in A-himsa.

Ahimsa in India at Wildlife SOS

Wildlife SOS opened its elephant sanctuary in 2010 in response to the dire need to protect, rescue, and rehabilitate elephants in India. Mathura, the birthplace of Krishna, is 60 kilometers northwest of Agra. About 8 million tourists head to Agra’s Taj Mahal, yearly. However, highly linked to the tourism industry, are slave-like conditions of beautiful animals.

Our Wildlife SOS guide, appropriately named Siva, made it clear that elephants should not be toys or photo opps for tourists. Ahimsa. Siva shared that big businesses, including hotels, often circumvent the laws. Just to put wild animals on display in an unnatural, harmful manner.

Thanks in part to Wildlife SOS, the Indian government enacted laws to protect the animals. Ahimsa in India. However, laws can’t erase the damage done…to the wildlife and ecosystem. Nor can laws can’t reverse cultural attitudes and practices overnight.

Hence, the role of Wildlife SOS goes beyond rescuing and rehabilitating the animals. Wildlife SOS lobbies the government to protect the animals. At the same time, public awareness is essential to stop abusive animal trades.
Animals are Sentient Social Beings

Himsa is obvious when you see the tools of the trade for the elephant “masters.” Torture is routinely inflicted on the elephants to force them to follow man’s orders. This is against the rules of nature, Siva suggested. No animal that weighs thousands of pounds should be subservient to a 140-pound man.

Beyond the methods of torture used on the animals, they are separated from everything that’s normal for them. Elephants are long migratory animals. In fact, roaming contributes to proper gene flow. Aside from the fact that these elephants are brought to some of the largest cities in the world, their natural habitats are now almost non-existent. Humans have encroached on the elephants’ eco-systems and patterns. At one point in time, “The whole of India was for elephants,” says Siva. “Now, it’s just patches.” Stark patches. Himsa. Consider that six out of every seven elephants in India are now captive.

Regrettably, once elephants have a taste of captivity, they cannot be released back into the wild. They no longer can fend for themselves. Moreover, elephants are social animals. In captivity they are isolated.

“It’s like a slavery industry,” adds Siva. “These are wild animals. They should never be in the human world. We are trying to give them as much space as possible (at Wildlife SOS).”

Himsa vs. Ahimsa in India

All the 21 elephants at the Mathura Wildlife SOS sanctuary were in a critical state when they arrived. Emaciated. Wounded. Physically and emotionally.

Wildlife SOS dispenses veterinary care, proper diet, and positive attention. Additionally, the staff encourages socialization between the elephants. Several of the elephants are partnered with their best buddies.

Before and after pictures of the elephants display the realities. Appalling. Inhumane.

One case. Raju was in chains for 50 years. He passed through 27 owners. “He was a skeleton when he came to us,” Siva says.

Another example. Asha had joint and leg injuries as a result of carrying tourists up steep inclines on hot pavement.

Still another. Phookali was a “begging elephant” for many decades. When rescued, she was blind, and could barely stand.

And yet another. Kalpana was eating the dirt and mud when Wildlife SOS transported her to their animal hospital. She was blind and dehydrated. The Wildlife SOS ambulance, the first of its kind in India, included watermelons, pumpkins, and sugarcane to immediately nurse her back to health. 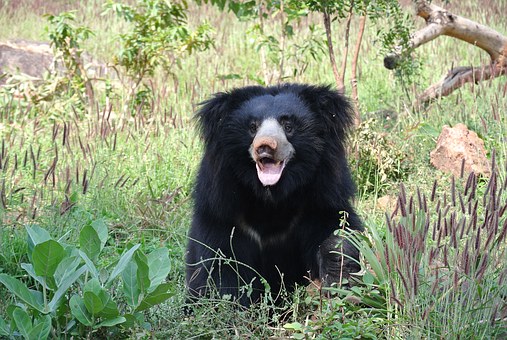 In 1995, Wildlife SOS began to rescue dancing bears – and their owners. In 1998, the 400-year-old practice was banned. The non-profit recognized that livelihoods passed down from one generation to the next were lost. As a result, Wildlife SOS re-trains the bear owners, and even supports them to launch new businesses.

Today, India is free of dancing bears. Wildlife SOS has 11 centers. Among them, six are for bears, two for elephants, and one for leopards. The organization also rescues, rehabilitates, and attempts to release back into the wild, hundreds of primates and thousands of reptiles.

Wildlife SOS, with a 501c3 designation, welcomes donations. Visitors in India can shop at their cafes and gift shops. Better yet, volunteer for several weeks at a time.