All About Bhakti Fest Midwest 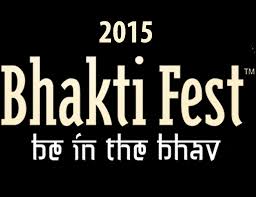 Bhakti Fest has been my vacation getaway for the last few years. I attended Bhakti Fest West 2012, 2013, and 2014. Now I’m headed to Bhakti Fest Midwest 2015 June 25-29 in Madison, Wisconsin. The following is an Interview with Sridhar Silberfein, the founder and producer of Bhakti Fest.

Q.  What was your dream when you first envisioned Bhakti Fest?

Then I have to tell you my whole Woodstock story.  In 1969 I was very good friends with Michael Lane and Artie Cornfield, producers of the Woodstock festival.  One night before the festival, I went to a dinner.  There was staff running around, preparations going on, and they asked me “What do you think is missing with the Woodstock festival?”  So I answered, “You’ve got all these famous and to-be-famous people, but it’s missing the spiritual element.” “What do you mean?” they say.  Well, I answered, “We should bring a famous Swami, and let him give the invocation.”

They then told me to produce that segment. So I went back to New York and asked Swami Satchidananda from the Integral Yoga Institute to come. He accepted, and we flew him up by helicopter, as all the roads were closed. This was the first time for him in a helicopter. You can actually see this in the movie: Woodstock, the director’s cut.  And we land him right behind the stage and spent some time there. We walked him up to the stage, you can see this in the movie, and standing at the stage, looking at 500,000 people, standing there with Satchidananda, he couldn’t believe what he was looking at.  He said, “Oh! All of India will be proud of this.”  I said, “Swami, someday, we will have this crowd singing and chanting the names of God.” And 40 years later, in the year 2009, Bhakti Fest was born.

Q. Did you ever anticipate it would grow to more than 10,000 people at three events each year?

Q. Why did you branch out of California?  And why Madison for Bhakti Fest Midwest?

We bring the mountain to the people.

I envisioned Bhakti Fest to be all over the country, and we started going cross country in 2012; so many areas are just so open for what we bring.

I wanted to start off in the Midwest. We were looking into Chicago, but couldn’t find a suitable location.  Somebody told me about Madison, Wisconsin, and the Alliant Energy Center.  It has nice camping, hotels, outdoor spaces, everything we need for our festival.

Bhakti Fest Midwest continues to grow and become an important part of the yoga movement in the Midwest. We are expecting around 1500 people in the Midwest.

Q.  What makes Bhakti Fest different from any other yoga festival, or music festival?

Bhakti Fest stands out as the preeminent yoga and music festival in America. The big difference is that we specialize in sacred music and kirtan.  We have some of the top yoga teachers in the world, and the most well-known spiritual leaders in the country coming to the festival.  We have an excellent cross-section of workshops on many topics.

We take really good care of everybody. We put on a wonderful show with a 90 percent rate of return (attendees).

Other festivals have tried to copy us, but most of them fail. Why? Because there is no bhav, no devotion, no real grace.

Attendees know that when they come to Bhakti Fest they are coming to a safe environment, with no alcohol, no drugs, (all) vegetarian food. Most festivals in America serve alcohol, there’s smoking, the energy is wild and crazy; that’s not what it’s all about. People are yearning for more. They want to go inside their truest selves, they want to find the meaning of who they are and why they are here. Those festivals contribute to the same stuff as always, on and on and on, repeat and repeat.  If I wanted to do that, I could go to the local bar and do the same thing, but coming to Bhakti Fest we don’t do any of that.

We are continuing to bring love, compassion, and happiness everywhere we go, and bring more folks into their real true self.

Q. For those that have never done kirtan, why should they consider attending?

Kirtan is a natural extension of yoga postures and meditation. People try the yoga and they get their physical conditions better, their weight in line, they feel good in their hearts and minds. Then they say, “What else is there?” So then they find meditation.  Kirtan is a way to dive deep into that. Kirtan is singing music; it is similar to what goes on in churches, temples, mosques all over the world. You see beautiful music being sung there. It’s the same thing we are doing.

Q. Name a few presenters that you think people need to listen to?

We have Saul David Raye coming to teach; Sarah Ivanhoe, Govindas.  These are three of the top West Coast teachers coming to the Midwest to join us.  Saul David Raye will have a post-intensive Monday, June 29, from 8 in the morning until 2 p.m. Saul is one of the top teachers in America, and he is also well known internationally.  This is a class that should not be missed.

Michael Baker offers an incredible workshop on breathwork.  These classes are packed all over the country.  We started him off in 2009, and he’s become a sensation traveling around the country.  We expect to have a full house.  It is a very transformative workshop, many people who have attended are calling us telling us their life has changed.

There is also Zat Baraka, who specializes in men’s workshops.  Every man that comes out of that class comes out with tears in his eyes. It’s a thrill to have that class.  Every week we receive testimonies.

Q. Why a discount for the military?

I wanted to give back to the vets, and all these wonderful men and women who have served the country.  These people are not getting much back from the government. They come back and are left to their own resources; there’s lots of suffering happening.  Through meditation, doing yoga, and relaxing into that mood, they are able to experience letting go; finding themselves again.

It’s time to go deeper inside yourself and find out what your truest spirit is, and why you are here.