Profile on a Yoga Studio Owner

Ever since, I’ve had a soft spot in my heart for small business owners. I  choose mom-and-pop businesses over the chains, whenever I can. And, it took me years to break away from the steady paycheck with benefits and go out on my own again. Here’s a profile of one woman who followed her heart. She’s a yoga studio owner and the mother of a young child. She’s balancing many balls.

Yoga is Great for Balance

Lisa Ingle-Stevens was planning on going to law school when the yoga bug hit her.  It was the year 2000. She was living in Denver and wanted to help a friend suffering from sports-related concussion-induced severe migraines.

“After doing some online research, I found articles discussing the benefits of Bikram Yoga and how players from the National Hockey League who had suffered from migraine headaches had found some relief through this particular practice of yoga,” explains Ingle-Stevens.

The Trinity University grad scrapped the law school plans and went to California for her Bikram Yoga Teacher Training.  Upon completion, she moved back to the Alamo City.  Soon after returning, she got one of her workout buddies, Stevan Falk, to drink the yoga kool-aid. He quit his job as a CPA, and never looked back.

The Making of a Yoga Studio

Ingle-Stevens and Falk applied for an SBA loan. After getting many doors slammed shut, they opened a Bikram Yoga studio in the spring of 2004.  Ten years later, 400 people practice Bikram, Hot, or Power Yoga at The Union’s three locations each day, and they also manage Bust a Move CrossFit. 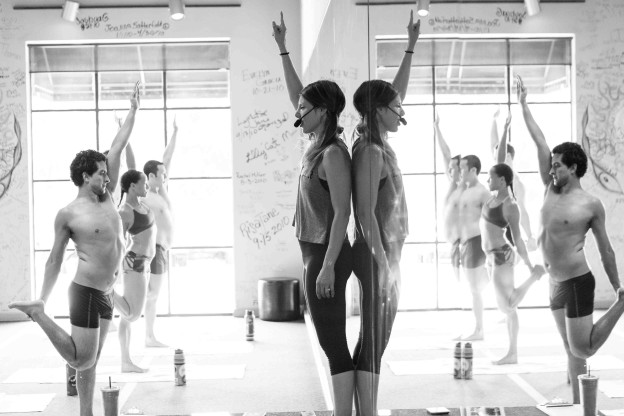 Yoga at The Union San Antonio

“Starting our own small business was tough. There were times we thought we weren’t going to make it, but it has all been worth it.  Our students, our community, the lives that have changed, and the bonds that have been made make my job the best job in the world.”

Ingle-Stevens wants to spread her love for wellbeing with area residents as she celebrates ten years as an Alamo City health and fitness advocate.

In honor of its tenth anniversary in San Antonio, The Union (www.theunionsa.com) will open its doors on Labor Day, Monday, Sept. 1, with nine complimentary 60- or 90-minute hot yoga sessions for San Antonio’s first Free Day of Yoga.

“I’ve experienced some of the best and worst times of my life in the yoga room but the practice continues to provide and inspire me to share, teach and change more lives in our rockin’ city,” adds Ingle-Stevens.