My Yoga Therapy Derived from Acupuncture and Ayurveda

They are both 5,000-year-old practices. The first is from China, the second from India. Thousands of miles apart. Different races. Different languages. Different geographies. Different native plants. Different religions. And yet, there are so many similarities, both of which are crucial for a yoga therapist to understand and incorporate in treatment protocols. 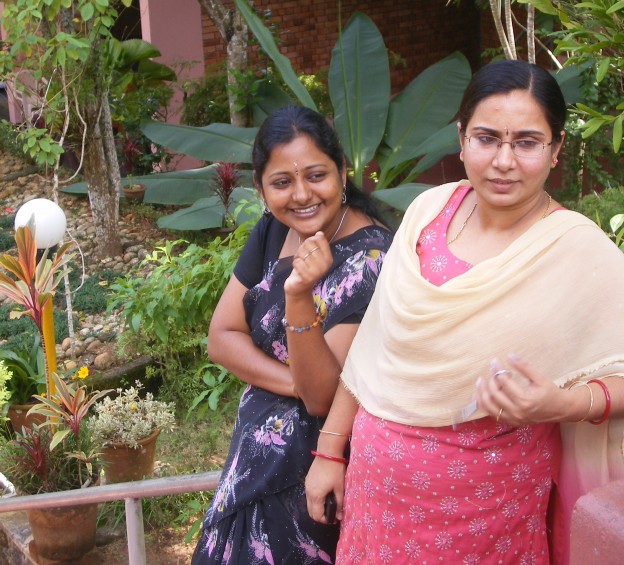 In Ayurveda, you identify one’s dosha, or body constitution, to formulate and customize treatments that can include diet, herbal remedies, massage therapy, physical exercise, and daily regimens. The doshas are separated into three classifications, Vata, pitta, and Kapha. Vata is air and ether. pitta is fire, and Kapha is water and earth.

Chinese medicine follows five elements: earth, water, air, fire, and metal.  Just as the doshas are always in a state of flux, so are the Chinese elements, which is why they are represented on a wheel.

“When a patient comes into my office, I observe her demeanor, the build of her body, her posture, and the way she smells,” says Xiaolan Zhao, C.M.D. “I take her pulse and examine her tongue.” Ayurvedic doctors do similar assessments, and can even classify one’s dosha based on their pulse.

Traditional Chinese Medicine (TCM) acknowledges pre-and post-natal jing or essence. The pre-jing is similar to the Ayurvedic notion that one is born with a specific body/mind constitution and just as the post-jing is affected by diet, routine and environment, vitiated doshas are also caused by external influences.

Similarities Between the Two

In both TCM and Ayurveda, personality types and emotions trigger emotional or physical dis-ease.  In the late 1200s, the Chinese mentioned “breast stones” caused by worry, anger, and depression.

Xiaolan Zhao explains, “In TCM, the mind and body are inseparable, and chronic physical symptoms are often linked to unresolved emotions. TCM takes a collaborative approach to health, asking us to connect with nature.”

In my fundamentals of yoga class at Sivananda ashram, nature was at the core. It was all about the Prana. Prana is Air, water, earth, sun, and live karma-free food.

Zhao repeatedly discusses diet in TCM.  For example, foods that are “heat building” stagnate the liver qi which is a root cause for benign and malignant breast lumps.  She specifically says to avoid caffeine, chocolate, hot, spicy, and peppery foods. Those foods, in the Ayurvedic world, are rajassic and are typically on the “do not eat” list. Ayurveda suggests sattvic (pure) diets for optimum physical and emotional wellness. Ayurveda further classifies all foods as hot or cold, wet or dry, sweet, salty, bitter, sour, pungent, or astringent. TCM does similar classifications.

Although rajassic does not mean “hot,” rajassic temperaments are overly aggressive, which can correlate to vitiated Vata.  Most Indians and Westerners today have too much Vata as a result of our lifestyles and caffeine additions. The vitiated Vata can easily be balanced through yoga therapy, just as TCM seeks to balance the elements which are each related to specific organs and their meridians.

When imbalances occur, the qi is obstructed by blockages in the meridians.  Ayurvedic practitioners say the same thing in different words. Prana can’t flow through the nadis.

In Yin Yoga, you compress and stretch and energetically open the meridians to facilitate the flow of qi.  In Kundalini Yoga, we use kriyas to direct the energy, through breathwork and body movement, to radiate up the sushumna and open all the chakras from the base of the spine to the crown of the head.

A Taoist exercise to stimulate energy up the Governing Vessel is called the Microcosmic Orbit. It is a breathing and visualization technique. The energetic flow begins at the perineum, travels up the spine, up and around the back of the head, through the mouth, tongue, and palate connecting to the Conception Vessel which starts at the perineum but travels up the front of the body ending at the tongue.

In the Microcosmic Orbit, one inhales and places the hands on the lower abdomen, which equates to the uddiyana bandha, a very important energetic lock in yoga.  Chinese medicine calls this area the seat of jing, which then floats up the spine along the yin and yang previously mentioned routes, which follow the chakras.

Speaking of the bandhas, in TCM, the first 40 days of post-partum care are the Golden Month. Popular isometrics are encouraged for recent moms. The recommended exercises are similar to those done when a yogi engages the mulha dhara and uddiyana bandha locks.

The Golden Month is a time to rest. TCM believes the woman needs to rebuild her jing and kidney to avoid post-partum and other physical ailments. Because delivery depletes the body of yang, Chinese medicine encourages sponge baths with ginger water to rebuild heat. Interestingly enough, Ayurvedic protocol also has the new mother resting for 40 days.

While yang is depleted during childbirth, when women approach menopause, yin is reduced. Therefore, heat-building exercises are not ideal for those in their “Second Spring.” Yin Yoga is a better choice.  As people age, they become more Vata, and therefore, also are better served to do quieter calming and cooling exercises like Yin Yoga which is done on the ground, versus standing, suggest Ayurvedic doctors.

Qi is stagnated without movement which is why Chinese exercise is down with water-like flow to stimulate the qi.  Tai Chi improves the connective tissues and is a contemplative/meditative form of activity. Likewise, yoga, done in a yin way can have a smooth flow, stimulate the soft tissues and meridians.