Yoga at Sea -- Bliss in Baja

As an Aquarian, I feel a state of bliss when I hear the sound of the waves. Or, is that the reaction for all signs of the zodiac?

When I don a snorkel mask, I inhale and exhale deeply and rhythmically which puts me in my zone — better than silent meditation.

When I move my body in the glassy peaceful saltwater, slowly and gracefully like a fish, I feel the yoga — union — with the sea.

I repeat the mantra, “yoga takes place on and off the mat,” and I cherish the bliss and zone that I have experienced in the Sea of Cortez, in Baja California Sur.

One of the principles of yoga is detachment.

This is much more difficult than closing your eyes and meditating, following your breath, or practicing asanas. “He who would be serene and pure needs but one thing, detachment,” says Meister Eckhart. 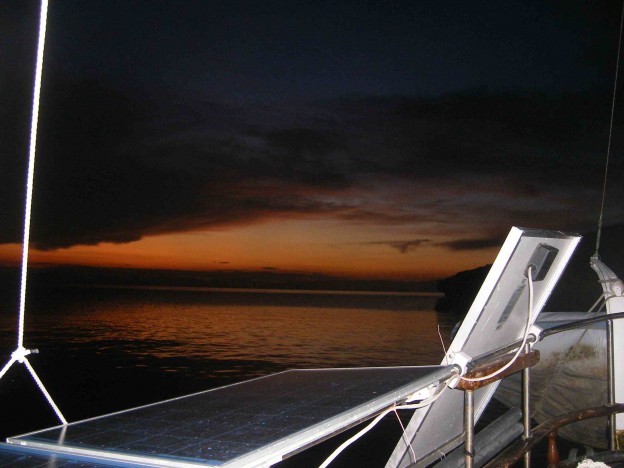 Imagine disconnecting from not just the TV and the clocking in at the office, but just getting off the grid and swimming with the sea lions. It’s the dream of many to lounge on a Caribbean beach, or sail the oceans, wearing a bikini, shorts, and flip flops — at most.

Beyond the dreams, the visions may appear in books or a movie, but never in real life. Some of us are fortunate enough to soak up the ocean spray and sun’s rays on a short vacation.  Very few have turned out the lights at their homestead to live the life of Popeye the Sailor-man.

We’re just as strong as Popeye when it comes to working. We put in at least 40 hours a week, for 50 weeks a year.  Oftentimes, it’s hard for us to switch gears and relax on our time off. Our pilot light never goes out. Even in our sleep.

Day in, day out. Work, work, work. What happened to recess time that we all enjoyed as kids? What happened to playing in the open air? As our society evolves, we become more sedentary and more enclosed within four walls with artificial everything.

Who’s got the guts to go against the grain of what’s expected?

Who really would take the plunge and make a major life change to live their dream life?

Who is willing to detach and dive in, head first, and enjoy the splashes or rough waters along the way?

Dee and Eddie live on a sailboat, in Mexico. They’re not millionaires. They’re not retired. They’re not owners of a business with staff to run the show. They simply chose to live a more carefree life, soaking up the beauty of the sea and sand. They anchor up and down the Sea of Cortez, the narrow waterway between mainland Mexico and Baja California, and appreciate the simplicity of life and intricacy of nature.

Dee had never been to Mexico before she uprooted herself from the comforts of Canada.  What’s more, she’d never been on a boat when she made a rash decision to buy a 45-foot sailer. That was three years, and she doesn’t look back.Dee can’t speak Spanish yet, but she can sail now. She’s also learned how to live off the grid and make do with less. She and Eddie use the sail as much as they can, to save on diesel fuel. They eat simply, and separate organics from waste.

They have a very small refrigerator with a shelf where they can put ice to keep things colder.  They tend to eat a lot of non-perishables like tuna and pasta and have learned that most of what North Americans put in the fridge, do not need to be there.

They wash their clothes in rainwater and hang them to dry in the hot sun.  At the La Paz dock, there’s a lending library so they can swap out reading material. When they shower or wash the dishes, they do so mindfully, so as not to wastewater.

At sea, they rely on the radio to communicate with other boaters. At the shore, they can use Internet connections in the larger cities. Basically, they’ve learned how to live closer to nature, with nature.

Despite any culture shocks they weathered, at sea, and in Mexico, Dee says she wouldn’t go back to living the city life. Living off the grid, on the water, is worth all the rough waters that she’s experienced.

An animal rights activist, perhaps what excites her the most, is swimming with the sea lions.  Beyond “playing” with them, she gets a thrill every time she sees the whales and dolphins swimming next to her boat.

It doesn’t get old for Dee and Eddie. Each sunset, each wave, each sea mammal, each brightly colored fish, each underwater coral is a touch of God’s masterpiece. Pure bliss.