This week, the object of her immense dedication won a prestigious award. “Shadows of Destiny,” was bestowed a Silver Medal by the Independent Book Publishers Association. One of the most influential associations in independent publishing, IBPA awards recognize excellence in book editorial and design.

Vrinda lives in Central Florida with her husband, Vish.  He’s a kirtan artist about whom I’ve written many an article. April 21, they will perform their mesmerizing and invigorating blend of East vs. West music and dance at Austin’s Sanctuary Church. The visit is to promote what has kept Vrinda on the creative track all these years.  Not just one book. But three.  “Sita’s Fire” Trilogy.  All are published by Mandala/Simon and Schuster,

Everything Fell into Place with the Story of Sita

“This project began as a vision by my mother, who is the illustrator. As long as I can remember, she has been fiercely committed to her art, setting up studios for herself even with the most minimal of resources. She began her first Ramayana drawings over 15 years ago and was working with another author. That project came to a halt as that author dropped out. Determined, my mom asked me if I’d like to try my hand at writing. Her request really surprised me, as I was 18 at the time, about to start college, and with no clear idea of my direction. But the publishers loved the draft I wrote and that was the beginning of this joint mom-daughter work.”

Vrinda began “Shadows of the Sun Dynasty” from Internet cafes in India.  As she was writing the Sita’s Fire trilogy, she earned a degree in English from the University of Florida. She married Vish. They had a baby, and are expecting their second child this July. Now, she has gained confidence as a prolific writer. “Queen of the Elements” will be available on August 8. Then, the third in the series will be released in 2019.  She acknowledges mom was always right.

“I think in some ways she knew me better than I knew myself because her request really compelled me to start my creative journey as an author. In hindsight, I can see that my mom encouraged me in this direction because I was always writing something or the other and an avid reader. It took more than 10 years for me to settle into my confidence as a writer, and that journey will perhaps continue lifelong. But I’ve at least grown past paralyzingly self-doubt into a mature ability to even critique and edit my own work.”

Vrinda’s mother, Anna Johansson, exposed Vrinda to the ancient tales of the Ramayana at an early age. Rather than tales of Mickey and Cinderella, her parents raised Vrinda according to Vedic cultures and traditions. Stories of Sita and Rama. She learned Sanskrit and basic Hindi.  For five years, she lived in India. She mastered traditional Indian dance which guests will appreciate in Austin.

“It is my personal aim to make these ancient Indian stories accessible to ‘my own people,’ in the sense that I grew up in the West, first Sweden and then America, and I’m quite rooted in the United States. I was raised on these incredible Indian epics from various ancient texts. Good stories are good stories. And we are all hungry for them, no matter where on earth they come from.”

Vrinda and Vish make sacred traditional music hip. Likewise, she hopes to be a cultural translator of the tales from India that date back to the fifth century BCE.

The Ramayana is an Epic Tale 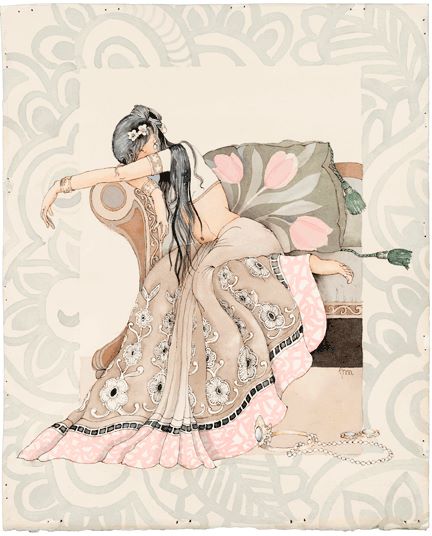 “The Ramayana is a complex, multi-layered epic that has stood the test of time, and is studied by scholars, and is being constantly retold by various authors. In India, for example, there are over 200 regional versions. So I’m officially part of this vast and vibrant storytelling tradition. Knowing this actually eased some of my writer’s anxiety, as it was at times daunting to tackle such a beloved story,” says Vrinda.

The Characters are Unmatched!

For Vrinda, much of what makes the story so special are the pivotal characters. While Rama is oft-described as a deity, one of the things that endears him to Vrinda is the human struggles he undergoes. “The challenges he faces are ones that any of us can relate to,” she says.

“The story itself has so many of the classic elements that a modern reader craves: palace intrigue, romance, a prince in exile, an abducted princess, a three-dimensional villain, the battle of good vs evil. And perhaps most of all, the question of womanhood is central to the story, as I see it, turning it ultimately from a love story to a tragedy. This is, at least, one of the most fascinating and admittedly disturbing aspects of the tale: how it treats its women. Our retelling is unique in that it focuses not only on the inner lives and feelings of the characters but also explores the place and personal power of the women.”

Sita as a Heroine

Not surprisingly, the female protagonist is Vrinda’s favorite in the fable.

“Sita, to me, is the most fascinating of the characters. Despite being a central character around which the plot of the story moves, she has received very little stage time herself.  Isn’t this exactly the position that women across history have faced? In our work, we make an intentional effort to bring Sita into the spotlight.”

To some extent, Vrinda is taking the classic tale and bringing a bit of feminism to the storyline.

“All over the world, there is a rise in the collective consciousness towards elevating women, valuing girls, giving equal opportunity to children, regardless of gender. I was reflecting the other day on the power of our childhood stories (in Sweden). One of my favorite childhood authors is Astrid Lindgren, who wrote Pippi Longstocking and many other stories with strong and powerful female leads. This has impacted the Swedish consciousness, and I think women’s equality is going strong there. This motivates me to be part of a storytelling effort that pays attention to the women and girls even in stories that already exist.”

Similarly, Madhavi Mangu is a strong female in Texas. Of East Indian ancestry, she was raised in Dubai and works as an IT manager for a major multinational. In her spare time, she is dedicated to Austin Bhakti Yoga. As such, she is co-host of the book launch performance.

“This is a MUST COME cultural event. Vish and Vrinda combine contemporary touch with a classic twist at the beautiful Sanctuary Church in Tarrytown. The book reading is presented through a unique format of Indian classical dance and music that symbolizes honesty, goodness, and sacrifice.”