Heal Your Emotional Pain with Drums

Drumming as therapy is an untapped drug, according to Erica Longdon in her book, “Vibrational Sound Healing." “Drum therapy has successfully been used with patients and others suffering from emotional traumas including post-traumatic stress disorder. Specifically, drumming promotes the production of endorphins, the body’s own morphine-like pain killers, and can thereby help to control emotional pain. Furthermore, group drumming and drum therapy is currently being used to treat people with brain injuries, physical injuries, arthritis, addictions, and more.”

“Drum therapy has successfully been used with patients and others suffering from emotional traumas including post-traumatic stress disorder. Specifically, drumming promotes the production of endorphins, the body’s own morphine-like pain killers, and can thereby help to control emotional pain. Furthermore, group drumming and drum therapy is currently being used to treat people with brain injuries, physical injuries, arthritis, addictions, and more.”

Just as ultrasound (diagnostic sonography) and the stethoscope are common allopathic instruments based on sound waves, drumming is a form of sound healing.

Vibrational sound energy, Longdon says, “has been scientifically proven to have an effect on our autonomic, immune, and endocrine systems in addition to the neurotransmitters in our brain. When an organ in the body is out of harmony and not working as it should, its sound pattern will be distorted. It is in a state of disharmony or disease. The reintroduction of the right sound pattern will help it realign and return to harmony and health.”

Our bodies know what is good for us. But, sometimes, it's not easy to tune in.

Before we are born, we are bathed in the music of our mother’s heartbeat. The heartbeat soothes us. The beat of the drum, when slow and rhythmical, mimics the heartbeat. The tone and steadiness remind us of the womb. This is our first sense of safety. Protection. Love. Warmth. Human contact. Life force. Our world.

From the time we are born, we want to play with sounds, beats, and movement. It is our nature. Instinctual. Once kids can stand and walk, they dance. They wiggle and jiggle their bodies. They make their own music. 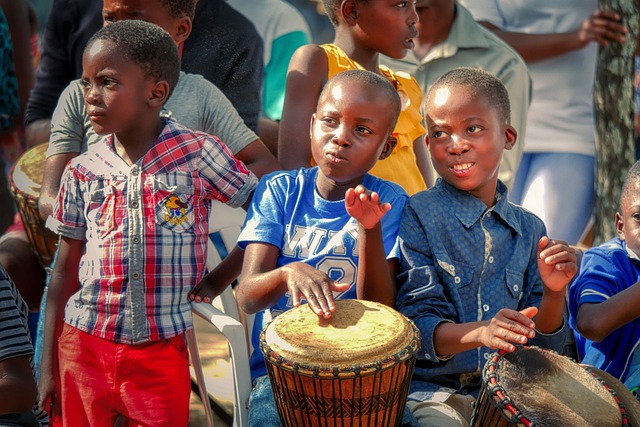 All those things are part of child’s play. Often, when I teach kids yoga, I bring my little drums into the class and pass them around. More frequently, I encourage the kids to make their own sounds of the drum by stomping their feet and banging the floor with their hands. The original instruments were simply made out of materials that were everywhere. Still today, there are workshops where you can learn to make drums. Far simpler than the production of a piano.

I am not a trained musician, but I view percussive instruments as second nature. That is why I bring them into my kids’ classes. Kids have fewer inhibitions than adults. They are not concerned about playing music “right” or “wrong.” They don’t care about reading music. Nor, do they care about an expensive Ludwig or Yamaha drum set. Hitting pots, pans, chairs, or non-breakable plates with sticks work just fine.

For adults that can forego self-criticism, drumming (or listening to drums) can lead to a state of bliss. No wonder drums are instrumental to many rites of passage around the world. It is an age-old tradition that Longdon says “is a natural human impulse and one that is growing in popularity.”

Beyond the Good Vibes

Sherry Scott’s ties to music are long — but drumming entered her life much later, and then, drumming as therapy.

“I was raised in a fundamental Christian church where no instruments were allowed [in the church]. I learned four-part harmony at a young age.”

In school, she joined both band and choir, learning to play the clarinet and bass clarinet. Keen on wanting to play the guitar, she got one through trading stamps at age 12 and taught herself how to play.

Sherry picked up her penchant for drumming after she moved to Austin, Texas. “I attended drum circles for years, and took classes [with the owner of a drum store] and then with several African drummers locally. I always loved music with complex rhythms and danced with abandon to songs with lots of rhythmic inspiration.”

She followed her heart and delved into the “Uses of Rhythm for Healing and Spiritual Practices” for her master’s thesis for St. Edward’s University. Her premise was that “rhythm, and sound, are a powerful part of life on Earth” that contribute to healing and enhanced spirituality.

For most, a thesis is a drain on one’s time and energy. However, Sherry’s thesis sounds like it was a blast to explore. And uplifting, not overwhelming.

First off, rather than pen a zillion pages, her thesis was presented as a video so that the “readers” could experience the impact of drums. Second, she wasn’t locked up in a library or at her computer for years. She was surrounded by live drumming and the holy primordial sound of Om. Third, she was able to go to somewhat uncharted territories. There was no need for a million footnotes and annotations. Nor, did she have to review tomes of prior statistics or clinical data. Her cohorts may have been jealous of her approach and focus, but they benefited as well. Finally, she got to hang around cool people.

Drumming as Therapy: A Thesis 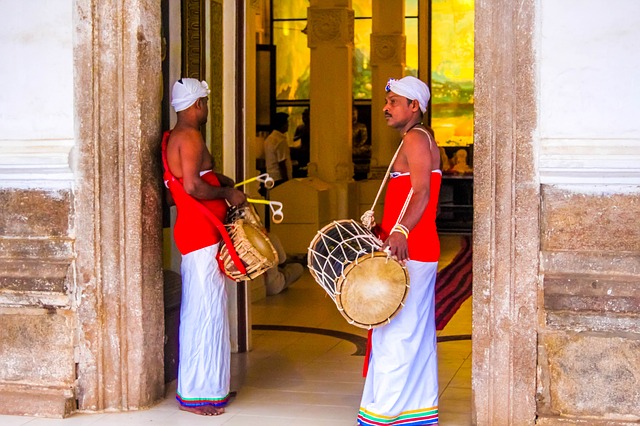 With a focus on drumming as therapy, she interviewed shamans, modern drummers, African drum builders, a drum shop owner and drum circle facilitator, Arthur Hull (the father of modern drum circles), and Oliver Rajamani, a musician of East Indian and Romany gypsy lineage.

Plus, she dove deeply into similar work done by Mickey Hart, of the Grateful Dead fame and read from the psychologist, Robert Friedman’s “The Healing Power of the Drum.”

“I used footage from drumming circles and special effects with a soundtrack that includes a very powerful recording of Om as a base audio track with intense African drumming overlaid. It had a profound effect on the class when presented and I was then asked to screen it in a large auditorium for campus-wide attendees. I used the largest sound system available. Many people were so intrigued that they asked me to play it a second time, while some laid on the floor, and some danced. It was quite an eye-opener for many who had never experienced anything like it.”

Sherry was not surprised by her research findings. It just confirmed what she had always sensed and felt. “My connection to rhythm gave me the feeling of being connected beyond myself, and my love of science fiction had introduced me to the Gaia principle, all things are connected. That is still my guiding spiritual principle.”

Her thesis conclusions illuminated how cultures around the world regularly use drum-based rhythm and sound in their healing methods and spiritual practices. These traditions arose instinctively and similarly across very diverse geographies. Among the drumming societies are Aboriginal cultures, Native Americans, African tribes, and even fundamental Christian groups. “They all use music/sound as ‘worship’ Sherry says.

Read more about vibrational sound therapy and tuning forks in particular. Or, search my "Kirtan" archives for my many articles about the benefits of chanting.