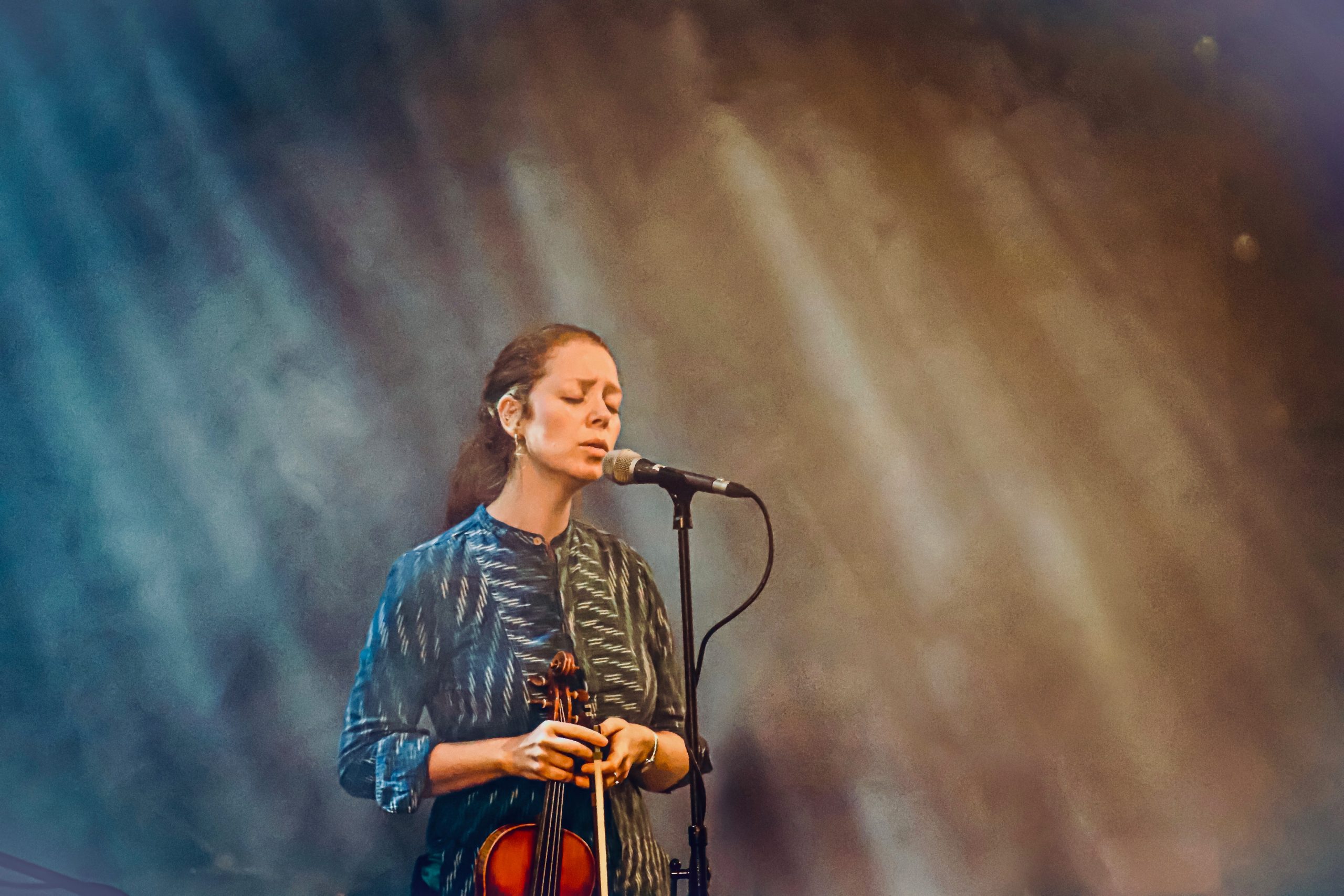 I’ve always had a preference for female vocalists. Maybe because it’s easier for me to sing along. Or, because it’s easier to hear the subtle differences between my singing and that of my favorite chanteuses. When I listen to Jahnavi Harrison chant, as much as I may be right in tune with her every note and syllable, I recognize my expression and timbre will never approximate hers. Her delicate vocals are magical. Unequaled.

As Russell Brand says, “This woman is amazing. I’ve seen her perform, it’s holy and sacred.”

I named one of my yoga playlists "MegaMujeres." It includes hits from Aretha Franklin, Janis Joplin, Mercedes Sosa, and Amy Winehouse. And then, I have several 60-minute mixes that I call "Jahnavi +."  Those are basically Jahnavi Harrison soundtracks interspersed with a sampling of world music from Ireland to India.

Jahnavi's style is far from that of Celine Dion or Whitney Houston.  As tender as her vocals may be, she oozes soul like Aretha and Janis, with a passion not unlike Mercedes Sosa’s rendition of "Gracias a la Vida." Those characteristics, combined, are the essence of bhakti: sacred chanting, or love of the divine.

I’ve been a fan of Jahnavi Harrison’s since I first heard caught glimmers of her captivating harmonies on recordings by Gaura Vani. Then, when I was in India in 2019, it was my kismet that she and Gaura Vani were seated on a multi-colored marble floor less than ten feet away from me. It was Radhanath Swami’s annual flower festival at the ISKCON Chowpatty temple in Mumbai. Jahnavi and Gaura Vani led devotional music for the hundreds crammed into the spectacularly flower-laden temple sanctuary with many more watching live streams on big screens from the enormous patio below.

The next year, the rage of the pandemic jolted the world. I joined Jahnavi’s Facebook Live sessions she offered weekly from her living room in the UK. Sometimes, her mum or brother accompanied her. And, previously, I met and chatted with her sister at a bhakti retreat in North Carolina.

Several of my favorite music videos of hers were recorded, live, at The Shaw Theatre in London. But as long as I’ve been a Jahnavi fan, I wasn’t privy to her public performances in the States. Now’s the chance to hear her live, in person, much closer to home.

One of Willow Smith’s “favorite artists of all time,” Jahnavi presents an unforgettable evening of mantra music, song, meditation, and poetry; a path into the forest of the heart. Explore a journey within, via the power and magic of her enchanting kirtan. The rare Texas opportunity is October 30, at 7:00 p.m. at the Irving Arts Center, 3333 N MacArthur Blvd. following Atlanta and Chicago concerts. Her final U.S. tour city is Los Angeles on November 3 at the Wilshire Ebell Theater.

Plus, fans of World Bhakti (a non-profit I’m affiliated with in Dallas) can obtain an incredible 30 percent discount. Plug in the code SING30D at checkout.