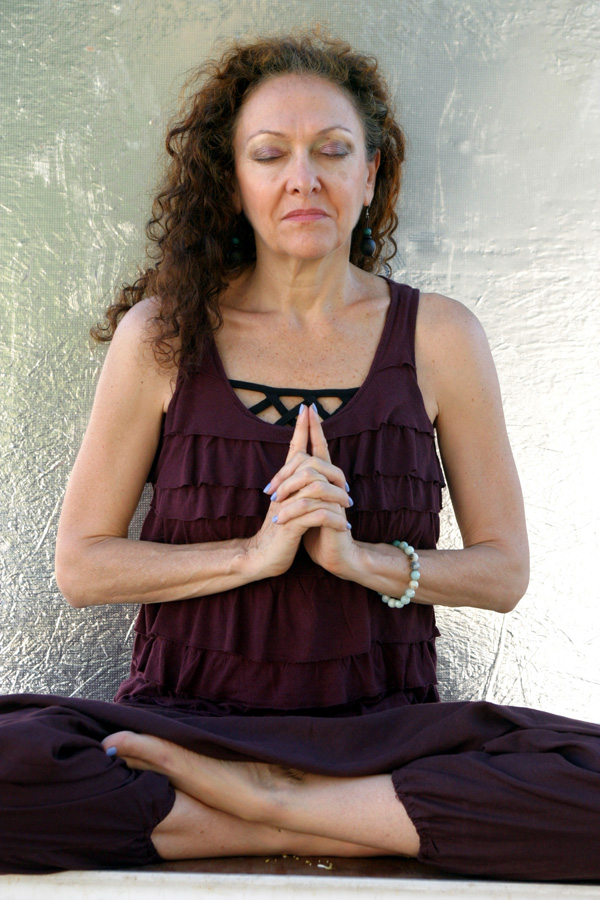 While hand mudras may be best identified during meditation, they are also incorporated in traditional Indian dance. I like to incorporate them in my sun salutations and poses. For example, Jupiter mudra can be added to Warrior 1 or chair (utkatasana). Or, while stretching up and back in urdhva hastasana, and even in my standing forward fold (uttanasana) and ardha uttanasana. I find the postures more energizing using this mudra, with heightened circulation and power.

While there may not be recent clinical studies on the healing application of mudras, they are as old as Ayruveda. That means that they have been practiced, with positive outcomes, for 5,000 years.

Ayurveda acknowledges 72,000 nadis/meridians throughout the body. Likewise, Traditional Chinese Medicine is based on pressure points throughout the body, especially in the hands and feet, which correspond to different body parts. All are connected via key channels or meridians.

So putting the pieces together, in hand mudras, the dense nerve endings on the fingers are stimulated. Those correlate to yang meridian pressure points. The yang Large Intestine meridian flows up from index finger to the arm. The Large Intestine is responsible for eliminating waste. Plus, it correlates to the element of metal, and fall season when the leaves drop from the trees. So, it’s not surprising that Ksepana mudra is associated with releasing negativity.

Furthermore, with the other fingers interlaced, there is pressure at the base of the the remaining four fingers, igniting the other five yang meridians.