The meditative mind is the neutral mind that runs your destiny. —Kundalini Master Yogi Bhajan

Gurucharan Singh Khalsa, Ph.D., rubs elbows with geniuses like Yakir Aharonov. He’s a psychotherapist, and professor at MIT, with a penchant for quantum physics. At the core of all his passions are the teachings of Kundalini Yoga. He collaborated with a primary Kundalini spiritual guru on many a publication, thus becoming one of the leading teachers of this form of yoga. So much so that Gurucharan Singh Khalsa was the international director of training for Kundalini Yoga for 40 years. He recently led weekend workshops at Yoga Yoga in Austin. His primary topic was how yoga can build your intuitive senses, something I was taught by one of my first spiritual leaders many years ago.

“Most instincts are pretty useful,” he says. Think running away from a bear, or, dropping a hot plate. The third chakra, is the foundation of instinct, he explains, and it often shows up with somatic feelings of the body. For example, recall the way you felt the first time you laid eyes on your partner. Conversely, think back to when you spot someone who just doesn’t seem to jive with you. 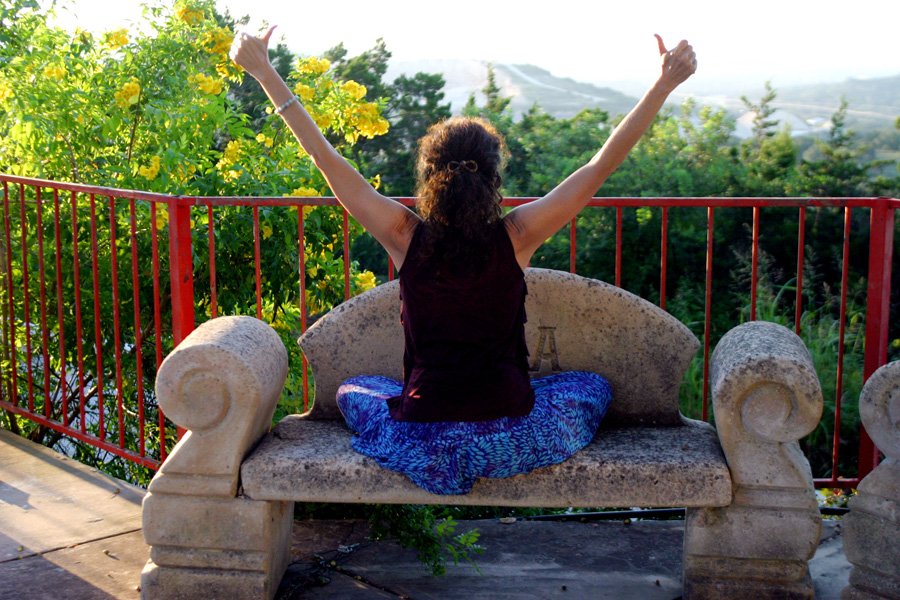 “We want to have strong instincts,” he adds. And one of the staples of Kundalini Yoga, breath of fire, is helpful in that area. Interestingly enough, that technique of breathwork, kapalabhati, was part of my twice-daily routine where I studied with the swami who suggested intuitive powers are built through sincere, steady practice. While I’m not running on intuitive overdrive, I recognize that my gut feelings have strengthened significantly since I became a devoted yoga practitioner.

“Breath of fire is very useful in aligning with instincts,” says Dr. Singh Khalsa. But, he pointedly differentiates between instincts and intuition. “If you have instinct, intelligence, and intuition, you can reduce your errors.”

Wise choices bring about a balance in life, he explains. Yoga, of course, is all about bringing balance to the body, mind, and spirit. Furthermore, yogis traditionally adhere to an alcohol- and drug-free lifestyle and minimize the use of prescription drugs. Dr. Singh Khalsa asserts that consuming any kind of drug will alter one’s instincts. As such, drugs can pollute your ability to hone your instincts.

In the Ayurvedic world, we talk about leading a pure sattvic life, avoiding what are rajassic or tamassic. Mood alterers, alcohol is very tamassic, whereas caffeine is rajassic. Think uppers and downers. Both bring about problems. Driving while intoxicated is a perfect example that Dr. Singh Khalsa uses to paint the picture of how substances can alter your mind. In some instances, causing fatalities.

When you are in the state of a neutral mind, the soul is like a chandelier switched on over you. —Yogi Bhajan

Kundalini Yoga represents a capacity for awareness. Just as the snake represents your kundalini rising, a snake sheds its skin to grow. You’re shedding skin, expanding. Making the infinite more intimate. Bringing about birth of consciousness at the heart center, he says. However, if you’re purely instinctual, you may shut everything out…and be lonely. Beliefs have their own immune system. A lot of people never believe anything. Additionally, he says “bias is often from self-dialogue.”

Possibly, that’s why one of my favorite yoga practices is chanting, especially group chanting, or sankirtan, which to me is so powerful. In the Kundalini Yoga tradition, mantras are just as much a part of the yoga experience as is breath or bodywork. While my yogic foundations are not from the Kundalini lineage, chanting was integral to my yogic formation. I incorporate chanting, or mantras, in my personal practice at least once, daily. When needed, I’ve called upon mantra meditation for hours at a time.

Finally, Dr. Singh Khalsa notes that nothing is perfect. “We all face decisions, and each has an impact.” Even a “wise decision” can get you in trouble, as it did for Nelson Mandela. Not that the “trouble” didn’t have a positive outcome, in the end. But you have to have self-forgiveness. And above all, patience.