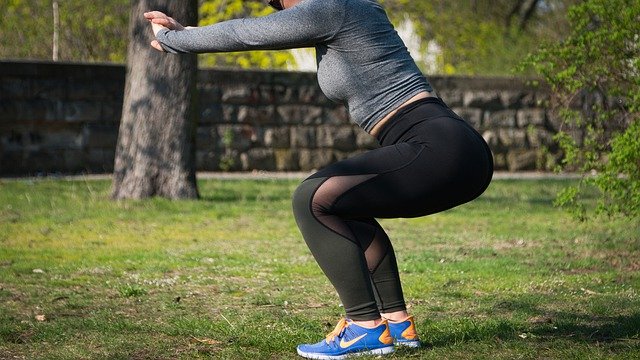 Most women are aware that weight-bearing exercise is essential to build strong bones and ward off osteoporosis. While that’s true, the Standard American Diet (SAD) and other modern unhealthy habits are like Russian roulette for the bones.

You can be a gym rat and lift weights like a bodybuilder. But improper diet and lifestyle habits can be time bombs waiting to explode.

As part of my series of Dem Bones therapeutic workshops, I incorporate weight-bearing exercises as well as yin yoga to nourish the soft tissues and bones. However, the most important tips I share with my clients are lifestyle-related.

Prevention is the best medicine

According to one research study conducted by the University of Rochester, hip fractures could reach 840,000 in the United States by the year 2040. One in three women will sustain a hip fracture in their lifetime, and meta-analysis indicates that mortality within one year of the fracture ranges from 14 percent to 58 percent. That’s why I consider the following seven deadly sins for bone health.

From my perspective, the above habits are all unnatural and unhealthy. Yet these practices are considered “normal” in the Western world.

Don’t be a couch potato

As I’ve told my students for years, chairs and couches were never the norms, and still are not in some societies. Sitting and lounging around not only deteriorate your bones and muscle mass but wreak havoc on your spine. Many of us are sitting in cars or other forms of transportation for many hours every week. Walking, cycling, rowing, or horseback riding (as in the olden days) have many physical benefits and can also be relaxing to the mind.

Soak up the sun

Humans need sunlight. My grandparents lived in sunny Tucson. They always encouraged me to “go out and get some sun.” Yes, there are benefits to sunscreen. But I’ve rarely used it, even though my natural skin tone is very light, and most of my life I’ve lived in very hot and sunny regions. However, I wear wide-brimmed hats consistently, to avoid wrinkles and protect my eyes. I’m not against supplements, but the real deal is always best. Not only is Vitamin D essential to bone health, but it boosts the absorption of calcium. While I’ve never had a Vitamin D deficiency, both my Ayurvedic doctor and my general practitioner agree that I can benefit from even more Vitamin D.

It’s widely known that salt, or sodium, aggravates high blood pressure. There is much less talk about how salt leeches nutrients such as calcium from the bones. Plus, high blood pressure contributes to bone density loss.  "The salt content of the typical American diet is one of the reasons why calcium requirements are so high," notes Linda K. Massey, Ph.D., R.D., from Washington State University. "… for every 2,300 milligrams of sodium you take in, about 40 milligrams of calcium is lost in the urine," Massey explains.

No more popcorn at the movie theatre, or French fries with your meal. Avoid salt when cooking, or eating, but recognize that processed foods are major culprits for excess salt.

Most of us understand the dangers of tobacco and alcohol, yet they are still prevalent in modern society. While it may be customary to drink a bit of wine with your dinner in Italy or France, humans are the only animals that consume in excess, or as a drug. Craving alcohol, caffeine, or soft drinks are learned — and unhealthy — behaviors.

In Ann Richards’ book, “I’m Not Slowing Down” she confesses that she had engaged in many of the lifestyle habits that destroy bones. As a result, this superwoman’s bones were not as strong as her will. But she stopped smoking and drinking, changed her diet, and began walking three to four miles a day in addition to an exercise regime.

In her trademark Texan can-do attitude she said, “There was never any doubt in my mind that if I went after osteoporosis, I could control it and lead a healthy life. No one can do this for you-you've got to do it for yourself. And you can.”

That’s my attitude. Forget the past. What’s done is done. But we can change the future.

Do it for yourself

For more tips on bone health, check out my videos on YouTube, in English and Spanish. Read my prior Dem Bones blogs, and attend my workshops in person or virtual. The next session is on April 16 at Yoga San Angelo.