I am a yoga therapist because I don’t believe in band-aid medicine. Why take a pain killer to mask a problem? I’d rather address what’s causing the pain. My yoga therapy is rooted in eastern medicine. Seeking to find balance in body, mind, and spirit. Hence, I attended a Tibetan Medicine workshop last month in Costa Rica.

The Tibetan Medicine course was led by Dr. Rodolfo Paz. Dr. Paz is a medical practitioner who combines east with west. Research-oriented, he values clinical trials while respecting the ancient sages’ learnings.

The Benefits of Tibetan Medicine

He describes allopathic medicine as symptomatic. It requires large teams and modern technology. Plus, strong synthetic drugs with side effects. Tibetan Medicine, along with Traditional Chinese Medicine (TCM) and Ayurveda, is based on subtle, energetic, and physical anatomy. The ancient life sciences attack the root issue. Eastern Medicine may be low-tech. However, rich with thousands of years of case studies, and thousands of plant-based remedies that have no negative side effects.

He says dating back to the seventh century, the Tibetans were studying the human body. Not only externally or energetically, but examining cadavers as part of funeral rites. They recognized humans were comprised of 360 bones, 28 primary joints, and 210 secondary ones, plus 35 million pores and 21,000 hairs. 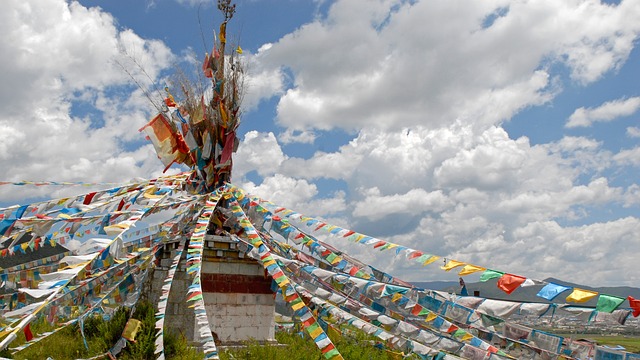 “It’s absurd that people take pills for their entire lives,” Dr. Paz said. As an example, he recalled his own childhood. He had severe migraines. His doctor prescribed heavy doses of meds from the time he was 12. Of course, he was on a vicious cycle. Migraines and meds. Forever. Until he went East. Through Tibetan Medicine, they identified the imbalances…the root of his problems. Since he tried Tibetan Medicine, he hasn’t had another migraine.

Another Tibetan Medicine anecdote he share related to his girlfriend. Constipated for two weeks, she went to a large modern hospital in Dharmasala (the most Tibetan of Indian cities). The doctor didn’t palpate her belly or order imaging. Rather, he checked her pulse. His diagnosis: liver imbalances. He treated her liver, and her digestion was back on track.

Tibetan Medicine emerged as a fusion between TCM, Ayurveda, Greek Persian, and its own widely practiced Tibetan Bon practices.

Similarities between the Tibetan Medicine approach, and TCM and Ayurveda begin with the approach. They seek to identify imbalances and energetic centers and identify root problems to achieve well-being. Tibetan Medicine asserts that there are four causes of illness. 1. Weather 2. Food 3. Behavior and 4. Subtle influences. Likewise, TCM and Ayurveda adopt approaches based on the above.

TCM talks of meridians. Ayurveda calls them nadis. In English, we may say channels whereby the prana, qi or life force circulate. Tibetan Medicine acknowledges 72,000 channels which include the veins, arteries, nervous systems, and meridians which they call rtsa that transport tsog-lung (prana).

“The body without its life-breath or tsong-lung, is nothing more than a cadaver or empty vessel.”

Three main channels, according to Tibetan Medicine are Uma, Roma and Rkyan Ma. Ayurveda recognizes three main nadis called Ida, Pingala and Shushumna. In Tibetan Medicine, one equates to solar, and the other lunar, which is the TCM yin/yang concept.

Beyond the channels, there are both differences and similarities to what Ayurveda calls the doshas. Tibetan Medicine talks of three nyepas. Loong (air) travels along the 72,000 channels. In Ayurveda, Vata equates to air plus ether. The other two Tibetan nyepas are mKrispa (fire) like the Ayurvedic pitta and BadKan is water and earth. Ayurveda also combines water and earth for Kapha. Moreover, just as in TCM and Ayurveda, Tibetan Medicine focuses on balance. Dr. Paz explains that the three nyepas are vital forces that impregnate the subtle body and must be in balance for optimum wellbeing.

Based on one’s dosha, one should follow certain diets. Just as in Ayurveda, there are six Tibetan “flavors” and a combination of those is recommended to help balance the doshas. For example, Loong should eat sweet, acidic, and salty foods, along with more fats and proteins, whereas BadKa are encouraged to eat spicy, astringent, and acidic foods, devoid of fats and mKrispa are the only ones better off with raw foods. Additionally, as in TCM and Ayurveda, rarely are people 100 percent one element. To underscore that point, Dr. Paz says that there can be 106 different loong pulse readings.

Eastern medicine is complex. You can’t just solve your life-long problems with a dosha reading. For example, both Ayurveda and Tibetan Medicine recognize five vayus (winds) that regulate the way energy and elements in the body move. This is actually why women on their cycle should not do inversions in yoga classes. Because it negatively affects the movement of bodily fluids and energy, according to Ayurveda.

The five Loongs, or vayus differ energetically from Ayurveda.

Additionally, the eastern life medical practitioners identify five types of mKrispa (fire), and five types of BadKan (earth/water) in their patients. Dr. Paz explains that in Tibetan Medicine, the balance between these 15 aspects is what leads to mental and physical well-being.

“The cause of illness is ego. When the body is separated from its entorno or environment. That can lead to 84,000 psycho-emotional diseases.”

Most yoga practitioners are aware of the chakras. Tibetan Medicine refers to tantric energetic hubs which coincide with the chakras. The ancients considered these more important than the nervous or vascular systems. What’s fascinating is that modern medicine aligns the chakras with the endocrine, adrenal, thyroid, pineal, and pituitary glands.

Dr. Paz says the Tibetans were way ahead of western medical practitioners. “They understood there were subtle energies. Electric energies and magnetic fields chakras that were more important than the veins or muscular systems.”

With simple exercises we can bring electrical charges to the fibers and ions, Dr. Paz explains. For example, Kapalabhati (breath of fire) brings electrical charges to the liver. Additionally, the Tibetan Medicine system taps into TCM practices of acupressure points, cupping, moxibustion, needles, and drainage (bloodletting). However, the points are not identical to those in TCM.

Today, people want everything. All the time. Eastern medicine believes there’s a time and place for everything. Eat in-season. Choose local. Additionally, Tibetan Medicine says you should only harvest when it’s time. Year-round crops don’t allow plants to regain their energy and nutrients. These practices date back to 600 Century BC. Today, modern medicine recommends some people avoid nightshades. Tibetans always recognized the importance of where and when something was growing in relationship to the four coordinates.

Not only did the ancients understand what is now called nanotechnology, or nanomedicine, but the Tibetans based medical principles on quantum physics. There must be balance. And, matter is energy.

“The great fountain of youth is alive and well,” said Dr. Paz.