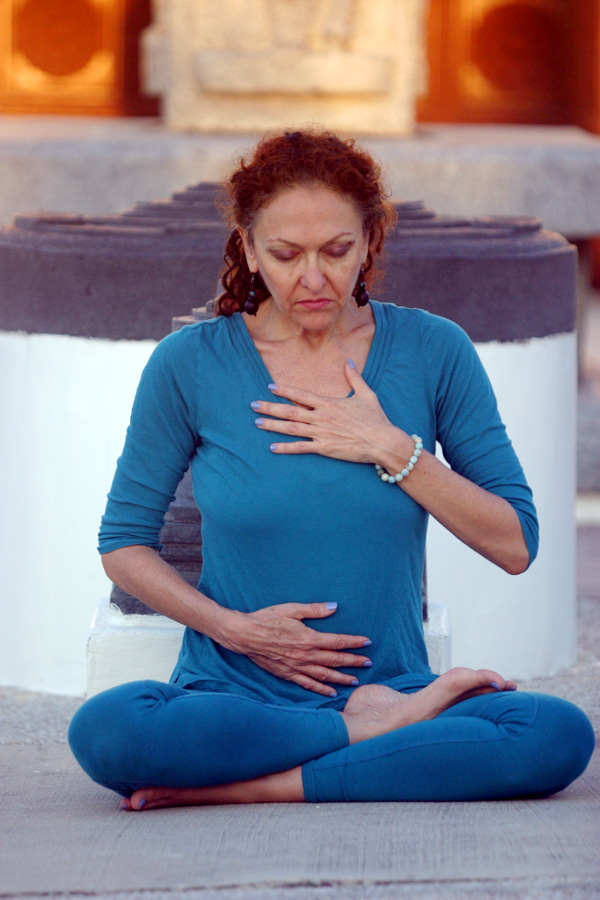 It is said that your breath should sound like waves during three-part breathing. I find this very soothing to listen to, on both the inhale and exhale.

Swami Satchidananda, integralyoga.org explained the multiple benefits of yogic breathing. He said it was a great way to increase your prana. (For more prana, or life force, boosts, I recommend yoga outdoors.)

“…if you breathe enough and charge your body with more oxygen, your entire body becomes lively. You don’t feel a bit of sluggishness anywhere,” Satchidananda explained to female prisoners in New Jersey. “In the yogic way of breathing…In the lab, it has been tested and shown that in your normal breathing, you take in only about 500 cubic centimeters of air and you breathe out the same amount of carbon dioxide. But in the real yogic breathing, you take in 3,700 cubic centimeters of air,” he noted.