Vegetarian Meals from Around the World

That’s one of the reasons why I’ve always been drawn to ethnic cuisine. Usually, dishes from around the world are NOT animal-based. They may add chunks of animal protein to the pot, but the animal is not the star. It’s a supporting character that can easily be cast off.

Having been a vegetarian for 40 years, I gravitate toward ethnic restaurants when eating out. New York City offers much more than Italian and Chinese food.

According to New York City’s Department of City Planning, there are more than three million immigrants in the Big Apple. More than one-third arrived in this millennium. Today, six in ten New Yorkers are immigrants or children of immigrants. So it’s not surprising that New York City has the best variety of international cuisine. Just a stone’s throw from the Broadway hubbub, frequented by almost all tourists, is Hell’s Kitchen. While the name may throw people off, the wide variety of inexpensive vegetarian multi-ethnic food offerings should be a magnet to those looking for something beyond your hot pretzel with mustard or bagel and cream cheese.

Maybe Hell’s Kitchen got its name because of all the hot food choices here. Regardless, what was once a neighborhood of tenements filled with gang members is now a gentrified hot spot just off-Broadway with an outstanding assortment of restaurants lined up one after the next. 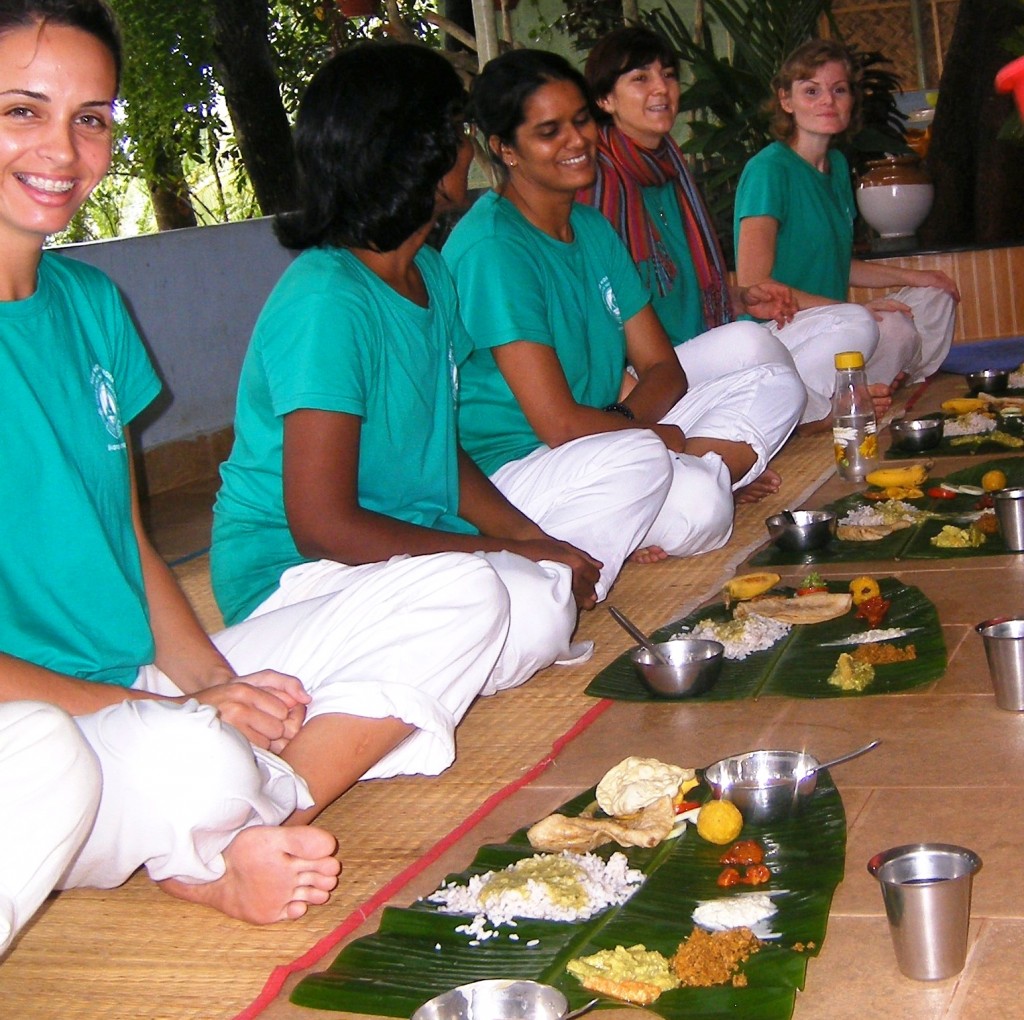 There are several Afghani restaurants, half a dozen Middle Eastern cafes, Thai, Korean, Japanese, Turkish, and a few Mexican options all within a few blocks. It’s almost like a mega-food court spreading from 8th Avenue (Restaurant Row) to 9th Avenue between 51st and 52nd Streets. If you spill any sake or beans on your white shirt, there are also coin-operated laundromats tucked in between the chain of international eateries. To add a bit of European flair, many have tables lining the sidewalk.

A few blocks away from the central axis of caloric evil, there is also a “Zen” vegan bistro and an Ethiopian restaurant.

To whet your appetite, let’s zoom in on one source of savory sensations. Hummus. Just as salsa and guacamole have gone mainstream, so has hummus. At any Whole Foods, you can choose from half a dozen brands and another half a dozen varieties of hummus. Although it’s easy to make at home, as is guacamole, the packaged varieties are now extremely popular and practical.

Hummus Kitchen on 9th Avenue goes way beyond hummus b’ tahini. Beyond the garbanzo purees, there are vegetarian salads, wraps, and desserts. If the choices are too overwhelming, there are almost a dozen mezze plates and for $15 you can choose any three. Eating tapas style may be the way to go here to sample dishes ranging from beets to stuffed grape leaves. Among the small portioned plates, my favorite was the cauliflower. We’re not talking cauliflower pureed to look like hummus. The cauliflower on their menu is lightly seasoned, broiled, and then fried to give it a slight “smoky” flavor, according to the server. The cauliflower sits on top of a few dollops of tahini.

While nothing beats the falafel on laffa in Jerusalem, the Hummus Kitchen’s garbanzo patties are tasty. This mezze is served with a few slices of onion and sprinkles of cabbage. What gives their falafel a zing is the greens that they add to the beans. Some baba ghanoush can be a bit tangy from an explosion of lemon juice. The Hummus Kitchen version was smooth in texture and on the taste buds.

To add some color to your plate, you can order a small plate of cucumber and tomato salad. This dish is almost like Mexican pico de gallo, without the jalapeños. The fresh veggie dish combines well with pretty much anything on the menu, especially when placed inside your choice of regular or whole wheat pita.

Don’t forget to box up your leftovers. Warm or cold, they make good breakfasts or late-night snacks.