Basta Ya! We Are All One

Amidst the unending racial injustices and divisiveness, there’s an outpouring of emotions and concerns. People are outraged. Yet unsure about how to make a real difference.

We see protests. Acts of solidarity. And, Mea Culpas. Reading lists and movie recommendations are popping up. Most want to do the right thing and make sense of the senseless. But, how?

A White female likely won’t really get what it’s like to be a Black man. There may be compassion. But not complete comprehension without walking in his shoes.

As a kid, I was taught we are all one. At the dinner table, we discussed prejudices and racial injustices. Emma Lazarus’ words. My mom took me to demonstrations. She was an avid letter-to-the-editor and guest commentary contributor to the Chicago Tribune, Chicago Sun-Times, and many other publications. Outspoken. Bold. Adamant about equality and justice.

My mother often recounted the prejudices she faced as a child. And, as an adult. Forget that her skin was very pale. She was a minority in an all-White small town. Daughter of immigrants, both her parents had thick accents. My mom who had a mellifluous voice and perfect elocution didn’t know her parents had accents — until kids pointed it out. Rudely. I admit I’d giggle inside whenever my grandfather said, “make out with the lights.”

Early on, I’d ask, “Aren’t we Russian?” No. My ancestors just took a long detour through Eastern Europe. The Ellis Island documents say they’re “Hebrew.” But they didn’t speak Hebrew. They had their own language, religion, foods, and customs that set them apart from the others. They lived in shtetls. Like a barrio or ghetto. Attended different schools, and were buried in separate cemeteries from the Russians or Poles. The police and the military didn’t protect us. They threatened, raped, and killed us.

So I identified with minorities. I didn’t want to check the White box.

My bachelor’s degree was in cultural anthropology with a minor in Latin American Studies. I lived, studied, and traveled extensively in non-White, or non-Christian, worlds. That’s where I feel comfortable. Even if we are all one.

Making Sense of it All

I may be in the communications field, but it’s hard for me to write about racism in the United States. I’ve seen racism and prejudice my entire life. And yet, so much I haven’t seen or felt. But I feel it bubbling up and out, and needs to be addressed. So I look to a Malaysian-raised retired Canadian Mounty to make some heads or tails about it.

Baltej Singh Dhillon leads spiritual gatherings that combine discussion with chanting symbolic mantras. Yesterday, in his virtual satsang, he talked about the crux of the problems with our society. Not pointing a finger at the U.S., he acknowledged the issue is widespread.

“We have to take responsibility. That’s our job. Daily. Every moment. Every time.”

We Are All One. Ek Ong Kar. 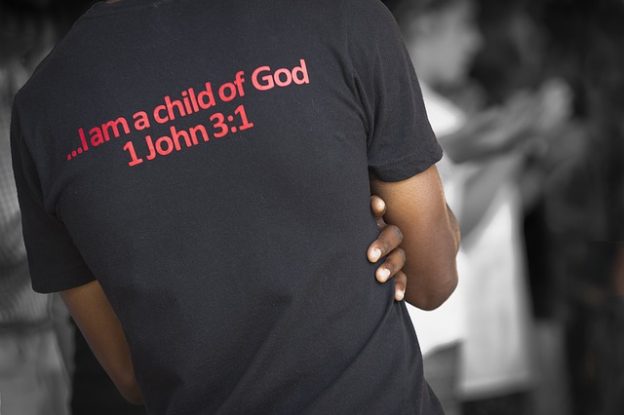 We are one. god's childrenThen, referring to the latest in the wave of police brutality and killings, he said, “We see what’s going on in the States. We see the rioting. We see the violence. But what is the basis, the foundation of all of that? What is the underlying issue?”

“The root issue is not understanding Ek Ong Kar. One Universal Creator. We are all one. We are immersed in the one. Come from the one. You are I. I am you. Through you, and through me, is all that occurs.”

Furthermore, there’s a major schism between Sikh teachings and the cases of police bias and brutality.

Singh Dhillon referred to a legendary story about a humble water carrier. During a fierce battle, he fed, helped, and supported the enemy. That provoked wrath among his allies. So they turned him over to the holiest wise man, Guru Gobind Singh. The Sikh guru, poet, and philosopher heard the water carrier’s intentions. Rather than punish him, the guru embraced him. Called him bhai (brother). Guru Gobind Singh congratulated the water carrier for understanding the true meaning of Sikhism. Selfless service to others.

Clearly, a disconnect said Singh Dhillon, when “someone who is supposed to keep the peace, is with his knee on George Floyd (as he’s) begging for his life. So, you see the distance between the two? And, how much disparity there is? We can put all kinds of intellect into it. But it comes down to that root issue of not connecting with our own selves and who we are and being true to that. And may I say, that we all have work to do. We need to come back to what was shared with us 550 years ago. And if we forget that, we will have the same violence continue. Until we begin to connect with those teachings.”

In closing, Singh Dhillon made the solution to social injustices seem pretty simple. If only we’d all try a bit harder.

I’ll add another. Pray or chant. Ek Ong Kar or whatever feels right.

Can’t we all just get along? Ahimsa (Non-Violence).