What’s it all about, Patanjali?

Likewise, we cannot heal physical symptoms without addressing the whole.  An aspirin may temporarily reduce pain, but it is not a cure. The Buddha said pain and suffering are inevitable. Accept them to release the emotional or physical pain.

There are many roads to Nirvana. Many may want to take the toll road to shave off a few minutes, but they miss a lifetime of experiences that one can get from hitchhiking, riding Amtrak, or walking like a sadhu. Likewise, there are many roads to alleviate pain, and most in our society want a quick fix, which is usually a band-aid approach.

Doctors frequently encourage their patients to take up yoga. But unlike a traditional Rx, they don’t specify what type of yoga, nor how often to take it, nor the contraindications. According to Kellie Adkins, director of the Wisdom Methodtm School of Yoga, a university-style advanced teacher training program accredited by the International Association of Yoga Therapists, Yin Yoga is a highly therapeutic practice.

As Adkins explains, “The cornerstone of the Yin practice is directing the lens of the attention inward.  In doing so, we are able to affect positive change in our meridian system, removing stagnation and blockages and returning the flow of chi to our deepest pathways.”

Yin represents stability, whereas Yang represents mobility. Yin is cool. Yang is hot. Our connective tissues are Yin, whereas our muscles are Yang.  The ground is Yin, the sky is Yang. Yin is more an inward practice, while Yang is more outward. 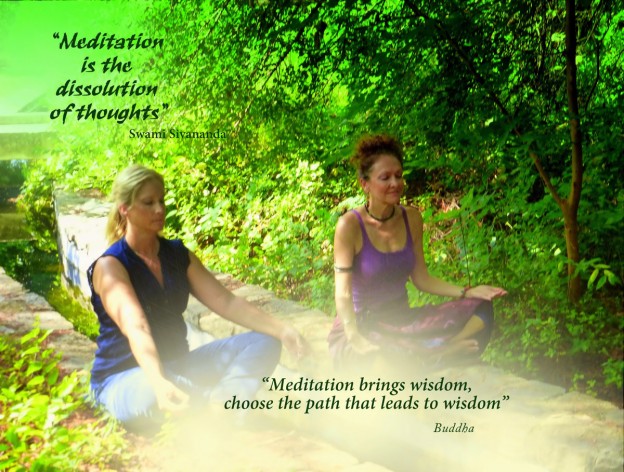 The origins of yoga are Yin, not Yang. The sage, Patanjali, in the Yoga Sutras, the bible for yogis, described the branches and sub-branches of yoga. He did not advocate strenuous calorie-burning exercise. His focus was on meditation and pranayama (breathwork).  Asanas (the physical postures) were a side note in his teachings, as a way to enable the body to comfortably maintain meditative postures for hours at a time. Today, however, yoga has become ubiquitous as a method for Westerners to work out and cool down.

“The yoga practices that predominate today have all surfaced within the last 100 years,” adds Adkins.  “Yoga is the cessation of the movements of the mind,” according to Patanjali’s sutras.  Physical movement is also at a minimum in traditional Hatha Yoga. Before yoga became mainstream, to a great extent by Swami Sivananda, yogis would hold each pose for ten to 20 minutes at a time. There are only 12 asanas practiced during a two-hour Sivananda practice, and Swami Sivananda was a physician dedicated to healing the body and soul.

Just as in the Sivananda method, which pays significant attention to breathwork and meditation, Yin, when properly practiced, engages one in both meditation and deep breathing. In Yin Yoga, one stretches to a comfortable edge, and maintains a prolonged stillness in the posture, while focusing on the breath.

Sarah Powers, one of the gurus of Yin Yoga gives an example. “Coming into a pose in a consciously slow yin way and staying for many minutes at a time helps us go into deeper corridors within our natural ranges of motion in the joints or the hips and lower back, where the meridian chi can become most deficient.”

Attention to the major meridians, just as in Chinese acupuncture, can have therapeutic results for different nearly any condition. That’s why Yin Yoga is an excellent complementary form of therapy for people with depression, eating disorders, addictions, postpartum blues, or anxiety. Likewise, it can be a complementary treatment for hormonal imbalances, cardiovascular disease, and asthma.

Since Yin Yoga stimulates the flow of chi to the joints and surrounding bones, it’s extremely beneficial for those with bone loss, or to protect against future bone degeneration.  Yin Yoga is also a safer option for pregnant women.

Ultimately, Yin Yoga offers both physical and emotional benefits to the practitioner, and although just one session can be beneficial, a structured schedule of Yin Yoga therapy is recommended to help heal and maintain optimum levels of health.