When Sat Bir Singh Khalsa told the chairman of the department of physiology that he wanted to focus on yoga for his grad studies, he was met with complete skepticism. That was many years ago. Today, he is one of the nation’s leading researchers on yoga and meditation. Affiliated with Harvard Medical School, Dr. Singh Khalsa has partnered with prestigious facilities worldwide to be able to unequivocally prove the merits of yoga and meditation on humans.

He acknowledges that he was on the tipping point before there was any tip. Today, he says, 10 percent of the population practices yoga, and about 15 percent have some form of mind/body practice. So, there’s a great need to understand the physiology of yoga and meditation.

Through his research, as well as his role with the International Association of Yoga Therapists, he has pushed the agenda so that the merits of yoga and meditation are pretty much widely acknowledged. He says that both science and research are supporting the trend for yoga becoming mainstream. It’s a welcome addition in many a school and hospital nowadays, in part due to stress, which seems to be everywhere.

“Teachers, parents, are burned out. We don’t have the skills to cope with stress. We are in a time where stress is a big problem. I think it underlies many of our problems in modern society. Stress plays a huge role in many conditions. Not only is stress highly prevalent, but it’s getting worse. This whole political climate is not helping,” Dr. Singh Khalsa noted at a workshop I attended in Austin.

“Our social structure has changed over the last few decades. The idea of being overextended is the norm. Being accessible 24/7.” He explained that social interaction is more prevalent on screens, rather than in person. Again, that’s the norm now. Along with everyday scenarios that can cause stress. An alarm clock doesn’t ring. Your boss says you’re fired. On the highway, you narrowly escape an accident. Or, there’s a bottleneck. “These challenges are part of life, and there are life-learning challenges.”

“One person’s stress is another’s nightmare. And, it can change over time.” A kid may get a thrill out of a roller coaster ride, Dr. Singh Khalsa says, but that same thrill for a senior citizen is not a thrill. Rather, they could literally get a panic attack.

Yoga and Meditation Vs. Maladaptiveness

Dr. Singh Khalsa pointed to a study at UT. An almost unbelievable 90 percent of students said they had “unbearable stress.” More concerning, only five percent said they had the tools to manage stress. “A high percentage of people will say they have no one to talk to about problems. We are social animals. If we don’t do that (interact), we suffer the consequences.”

So, what gives? Something has to give. Through those cracks, problems arise. People reach for what isn’t the solution. Drugs. Tobacco. Alcohol. Junk food. They don’t, or can’t, get adequate restful sleep. These are some of the improper ways people respond to stress. Maladaptiveness becomes the norm, said Dr. Singh Khalsa. The need to take substances to alter the senses, which of course do not address the issues at hand.

While Singh Khalsa acknowledged that short-term (acute) stress has its benefits, such as boosting performance or the immune system, sustained long-term stress can increase the risk of cardiovascular diseases. “You need stress in your life to keep you engaged…but not overwhelmed.”

Yoga and Meditation a Boon 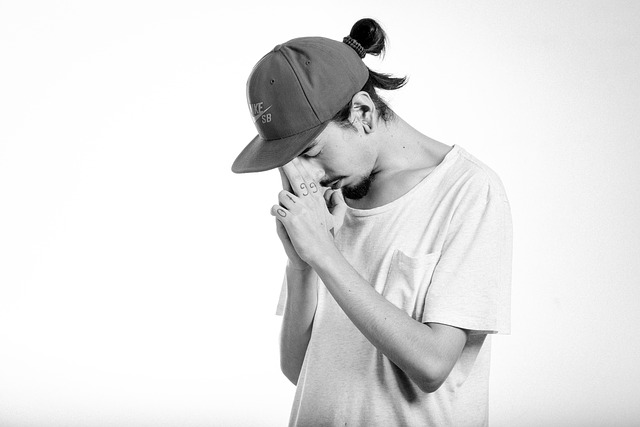 According to evidence-based research done in conjunction with Yoga Yoga in Austin, Dr. Singh Khalsa confirmed that it didn’t take long for perceived stress to go down among those that practiced yoga. Not surprisingly, yoga and meditation enable you to respond in a positive manner to stress. In fact, evidence points to a resiliency factor. “You’re giving yourself more resistance (with yoga). You’re becoming a superhuman. You need to be a Ferrari versus a Lada.”

Our bodies are physical bodies. Regular exercise WILL make you feel better, affirmed the doctor.

“We spend most of our time sitting on a couch which leads to no resistance. We live in a society that’s becoming increasingly sedentary. I think one of the best mind/body practices is yoga. When we relax our muscles there is a psychological effect. That is what yoga is doing. Mind/body awareness is key in yoga. Yoga is like cognitive behavior and exercise. Plus, it’s conducive to reducing more stress than exercise, alone. Mind/body exercise can REVERSE fight or flight, and it gives you the skill to do that on an ongoing basis.

Sat Bir Singh Khalsa showed excerpts from a 2017 Facebook Live conference, A Nation Under Pressure. Former U.S. Surgeon General, Vivek Murthy spoke to the director of NIH, about the merits of yoga and meditation, in particular. Dr. Murthy acknowledged he had reviewed cases of how mindfulness made significant differences in schoolchildren.

In particular, one school he visited in California. It was in a high-crime district with 50 murders in one year. Bodies were even dumped on the school grounds. Out of desperation, the school began incorporating meditation. There was a marked reduction in violence and an increase in students’ performance. The principal noted improvement within just two weeks. Over one year, the suspension rate was reduced by 45 percent. Parents said, “what’s going on here? (My kid’s) not lashing out like he used to.” Kids recognized the benefits, too. As a result, 95 percent of the kids signed up for meditation the next term.

Finally, Dr. Singh Khalsa spoke about the cost benefits of yoga and meditation. Especially with the soaring costs of medical care, breath and bodywork should be a no-brainer to put on the doctor’s Rx. Inquire about The Namaste Counsel’s Chill Out series.