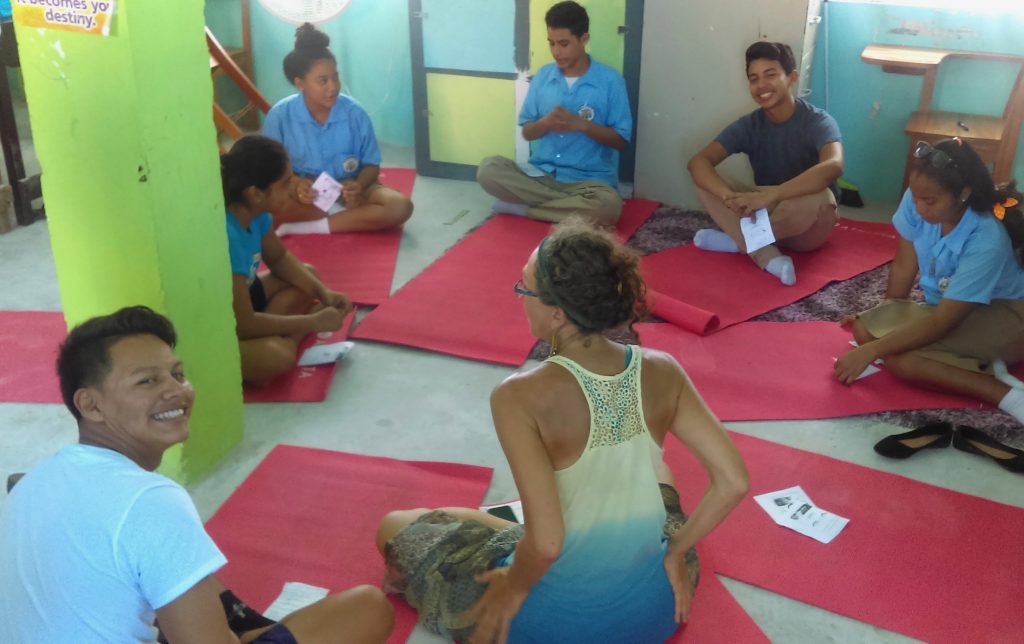 Times have changed. When I was a kid, we had physical education (PE) daily. Boys with the boys’ teachers and girls with the girls’ teachers. Different times, different sports. Separate, and NOT equal.

Despite the enactment of Title IX in 1972, I don’t recall any high school co-ed PE classes. Unless I opted for more "girlie" classes like modern dance. Regardless, I clearly recall we girls had to wear god-awful stretchy striped one-piece uniforms. For swimming, each girl was handed a one-piece form-less suit as we entered the locker room, and we tossed it in the school laundry bin after each class. The guys either had a different swimming pool or a different swim class schedule.

Fast forward and I am thankful to teach co-ed yoga and meditation at private and public schools in the U.S., Belize, and Costa Rica. My yoga-in-schools kiddos have been as young as five or six to the ready-to-graduate 17-year-olds. For some, it’s fun and a form of PE. For others, it’s a welcome stress relief. At one school, I was specifically asked to lead Yoga Nidra for the seniors during finals week. They really needed it.

There are a plethora of reasons why yoga in schools should be the norm, rather than the exception. And, why yoga should not be considered a PE elective or component, but an instrumental ingredient to a student’s overall well-being.

Consider these statistics from the above-named report from Bradley H. Smith, Gulden Esat, and Anjali Kanojia.

As I mention in my book, there have been many clinical studies to indicate that yoga can reverse the above. That's because yoga and meditation are brain-altering. The practice can improve stress hormones and neurotransmitters in our brains and regulate the autonomic nervous system. 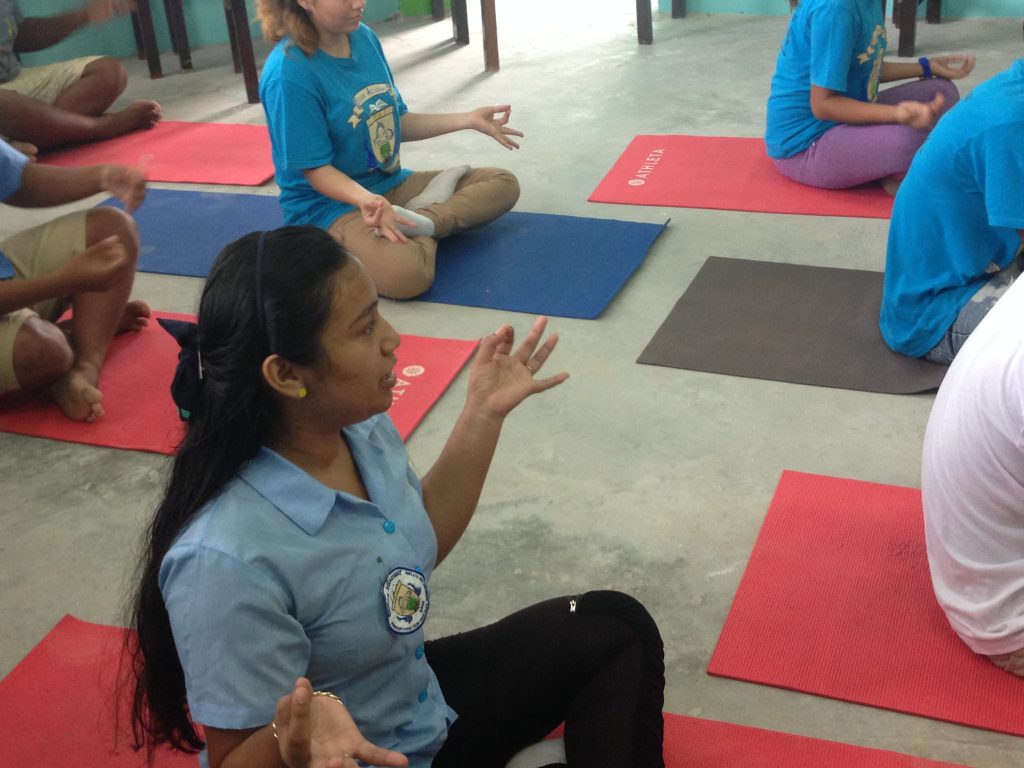 Yoga in Schools for a “Sea-change in behavior”

According to one recent study Yoga for children in the new normal facilitates learning -- and teaching.

Schools in India incorporated mindfulness into a Character Development and Leadership Program that led to “a sea change in the behavior of their children." The schools started the day with a loving-kindness meditation. Then, before each class, students practiced pranayama breathing techniques, body loosening, and meditation. In addition, the kids participated in full-length ongoing yoga classes.

The six-year study showed boosts to the pupils' physical and mental health when they practiced the ancient yoga techniques. Among the improvements, the school found yoga helped the kids with their ability to concentrate and manage hyperactivity.

School Yoga for Self-Awareness and Self-Love

Another research study was based on feedback from school counselors who participated in school-based yoga.  “Integrating Yoga into a Comprehensive School Counseling Program Qualitative Approach” attested to the value of yoga. Not just for students, but for teachers too. Plus, the benefits expanded far beyond the physical.

Counselors that participated in the yoga in schools program answered open-ended questions. Their remarks ranged from comments about how yoga supported the students’ need for self-care, self-control, coping mechanisms, dealing with difficult emotions, improving balance, focus, and centering. An added benefit was how yoga in the classroom was a welcome break for both students and teachers. Yoga time was therapeutic. Yoga calmed down the students, making the staff's jobs easier. One staff member even mentioned how yoga helped them to avoid burnout.

For me, the most important statement was from a student. They said, “I learned to love myself.”