Here in the U.S., the Native Americans respected the earth and lived in synchronicity with all that the Creator provided.

Ramon J. Vasquez, executive director of American Indians in Texas, a non-profit dedicated to the preservation and protection of the culture and traditions of the indigenous people in South Texas, takes a contemporary view of harmony in nature.

“We have found, and research supports it, that using traditional American Indian ways, helps to heal the historical trauma that indigenous people in this hemisphere have experienced,” notes Vasquez.

There are many similarities between ancient understandings and traditions, whether from the lands known today as China, India, the U.S., or Mexico. The common threads include honoring the natural elements: sun or fire, earth, water or rain, air, and the living beings that inhabit our environments.

In both Ayurveda and Traditional Chinese Medicine (TCM), fundamentals for my yoga therapy training, wellness is about a balance between the elements.

Too much fire, in both Chinese and Indian traditions, can lead to a variety of illnesses.

“When a person is out of balance and shows many health conditions, acupuncture and Chinese herbs can rebalance the body and its internal natural rhythms of the flow of vital energy (chi),” explains Chiuhui Li, LicAc, owner of Ancient Points Acupuncture and Herbs clinic in San Antonio, Texas. “It is also important for the person to better understand what they need to do in order to live a life more in harmony with nature to maintain their health. The ancient wisdom of acupuncture and Chinese herbs is timeless and is very effective in countering the health challenges faced by all in these modern times.”

Tiffany Cruikshank (http://www.yogamedicine.com) is a yogi and health and wellness expert who blends Eastern and Western medicine. “I feel strongly that yoga belongs in our medical system,” says.  “The body knows what to do to heal itself,” she says. In Chinese medicine, “we treat the whole person … the roots of what’s happening and the symptoms. Health is a fine balance … juggling of yin and yang. Health is in constant flux, just as there are no two moments in our lives when we are exactly the same on a cellular level.”

Chiuhui Li, who has been practicing acupuncture and Chinese herbal medicine for more than 11 years, adds, “Chinese medicine is based on nature, and views the body as part of nature. People get sick because they do not follow the natural life cycle rhythms. During the day the yang energy is strong so the body should be very active, and at night the yin energy is dominant so the body needs to rest. Disregarding this rhythm will cause a depletion of vital energy, especially of the liver energy, which shows up in a wide variety of health conditions. Some of these symptoms include high blood pressure, muscle/skeletal tightness, skin disorders, disturbance of menstruation cycle and gynecological issues.”

Those are the same premises that Ayurveda extols.  Mas Vidal is an Ayurvedic yoga instructor who emphasizes, “We ignore our true nature,” he says. “Nature gives you all the wisdom you need.”

Likewise, in our current kali yoga era, if we tamper with nature, we are damaging our well-being.

“If diet and environment are toxic, then we are wasted and weak,” adds Mas Vidal. “The health disorders are highest in cities with a weak connection to the elements. The wealthiest have more health issues, they spend more on health and drugs.”

Today’s urban American Indians suffer from a few chronic illnesses at a rate of up to three times that of Whites. Diabetes is at least twice as prevalent in Hispanic (many of whom have Native bloodlines) and Native American women as it is in Non-Hispanic white females. Furthermore, alcoholism is affecting Natives, even though it did not exist on this continent until the arrival of the Europeans, who used liquor for commercial/material gains.*

Bolivia may be considered one of the poorer countries today, but they have respect for food and nature.  GMOs were outlawed in 2012 as part of the Bolivian Law of Mother Earth.  The next year, McDonald’s closed its doors as the Golden Arches were not in harmony with the Bolivian traditions of cooking meals with love and dedication, from natural ingredients.

A “new” trend is “earthing” which is walking barefoot on the ground. Going without shoes is the most natural way to live, and is still common practice in many “third world countries.” Yet in “first world” societies where people spend hundreds of dollars on fashionable heels or running shoes, we lose “grounding,” tighten our hamstrings and kick our backs out of whack with our evolved ways.

From a yogic perspective, it’s all about the prana, which is Chi (Qi) in TCM. Both, loosely translated mean air or life force. In today’s Western world, we’re limiting our intake of prana, living in both rajassic and tamassic altered states. Our food is pre-packaged, lacking life force.  We distance ourselves from the natural elements, filtering out the natural sun, water, and air, and rarely eat raw living fruits and vegetables rich in prana.

Ayurvedic counselors will agree that most of us, in both Western societies and India, have imbalanced doshas, and an excess of Vata, in particular, caused by our lifestyles. 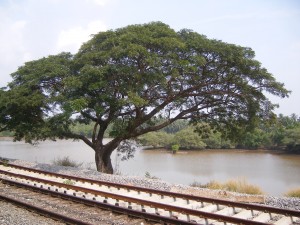 “Breath is the most vital place for a Vata and earth (Kapha) connection,” explains Mas Vidal about the benefits of yoga. “How we think and breathe reflect one another. Yoga is sadhana (practice), sangha (community) and seva (service).” What’s more, he says that when people meditate together, it will uplift you exponentially.  However, people tend to “push aside” yoga and meditation. “Everything you think, say, and do has an effect on the planet.”

To honor this winter solstice, sangha gathered at an outdoor Native American bear ceremony.  Seated around the ceremonial circle they created their intents, like the yogi’s Sankalpa. The bears danced around the inner circle to remove the burdens of the attendees and to make their intents come to fruition. At the peak of the ceremony, the women, then men, one by one went up to the bonfire at the core of the circle as the drummers beat out slow steady rhythms and chanted. Those outside the circle offered corn husks filled with food for the bears. The sweet tamales were energetically loaded with the intents that each of the gatherers had for the new year. Much like a puja, there was a union of earth’s elements amid full prana for emotional and/or physical healing to take place.

Traditional cultures, no matter the distances between them in the eras before air travel, were connected to nature, and to each other.  Students of Tibetan Medicine, a crossroads between TCM and Ayurveda, study a pictogram of the Tree of Life as the blueprint for wellness. Mexican folklore also honors the tree of life, just as it does the sun and the moon.  Those wise learnings should be heeded, which is why they are the fabric of my yoga therapy.

* The American Journal of Public Health